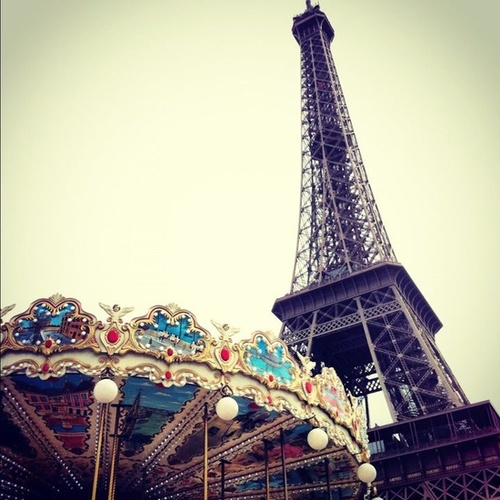 I’m in Paris. I almost wouldn’t be, because I have to admit: I’m pretty scared after the Brussels attacks. Not that I saw much of it on the news. I switched off the television when I heard a little girl screaming for her mother, and threw the remote control somewhere I would never find it again.

But the scared voice of this little girl keeps screaming in my head. What if she were my daughter? What if I went to the airport and some idiot decided to blow up my life and shatter hers? She’s only five, and Paris is just style and Tuileries, you know, it’s not that I’m going there to save the world or something.

Bullshit, my friends said. You have to go. Don’t be scared. They won’t attack Paris now, they said, with a certainty that keeps me wondering. How do they know? Are they friends with terrorists? Do they share calendars? No, it just wouldn’t make sense, my love told me. They never attack so soon again. I nodded, and didn’t say what I thought: what does sense have to do with terrorist attacks? They never attacked Brussels before either. Just as they never attacked Paris before, or several places in Paris at the same time, or Beslan. They never aimed a kalashnikov at a Parisian terrace that looks just like the terrace we sat on just a few days before. If history proves us one thing, it seems to me that we’re not only unable to prevent terrorist attacks, but we cannot predict them either.

Mais non: we may not be scared. Even our prime minister tried to calm our collective fear after Brussels by saying: there’s always more of us. He said the exact same thing after Paris, but somehow it didn’t appear to him that it may not be that good a reason not to be scared. Which seems strange to me, because it was a perfectly bad reason in the first place. There’s only one terrorist needed to blow up hundreds of people.

Somehow we may not be scared of that, because then ‘they will have won’. That’s the ultimate reason everyone puts on the table to end every conversation about fear. Usually, the end of that conversation is the beginning of a conversation about closing the European borders, arresting suspects and demanding the muslim community to dissociate from their fellow muslims, and about how nobody wants to be a racist, but hey, the course of recent events makes it pretty damn hard not to look twice when a bearded muslim crosses you in the street.

I hate that conversation. Not only because it’s mostly being held by people (men) who prefer talking over listening, but also because it’s a lame excuse not to have that first conversation: about fear. While it’s perfectly human to be scared. Why not talk about that? Why not have a conversation about how to deal with that devastating lack of control – especially now that we live in an era where we are used to have control over everything? It’s not by ignoring that fear goes away. You don’t have to be a psychologist to know what fear does when you don’t talk about it: it just grows bigger, and turns into agression, or depression, or worse. Into indifference. And then they will have won even more.

Let’s cherish our fear. It may be the only thing that unites us, and distinguishes us from terrorists. They have no fear – they’re not afraid to die, to blow up women and children, to cut someone’s throat or to gang-rape little girls. They have no fear, because they have no hope. No perspective. No future. They have nothing to lose. We do. We have children, loved ones, freedom. We have things that make us human. Ignoring our fear of losing that is ignoring our humanity. And our capacity of being courageous. Because what’s there to feel brave about when you feel no fear? 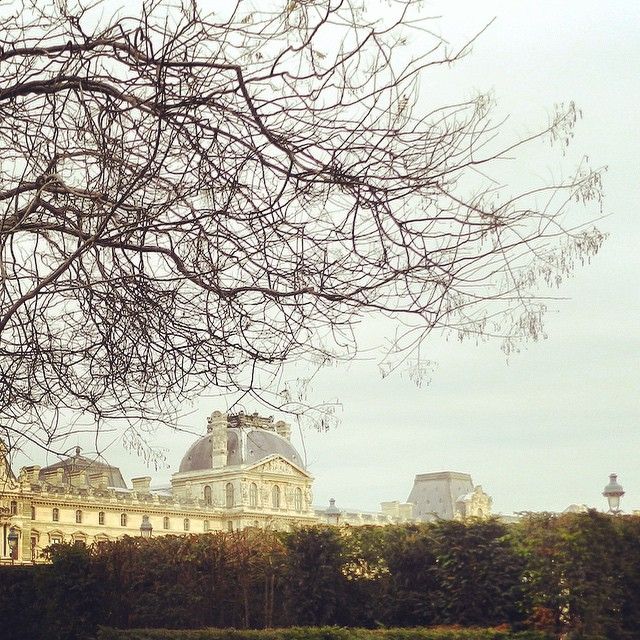 So I’m in Paris. Feeling a bit scared, a bit brave. And most of all happy to be here. The Louvre is still there, the Seine follows ever so calmly her way under the elegant bridges, underlining the Musée d’Orsay, the Notre-Dame, all those witnesses of centuries. I take a breath and I know, once again: there’s no greater consolation than the perennial beauty of Paris.