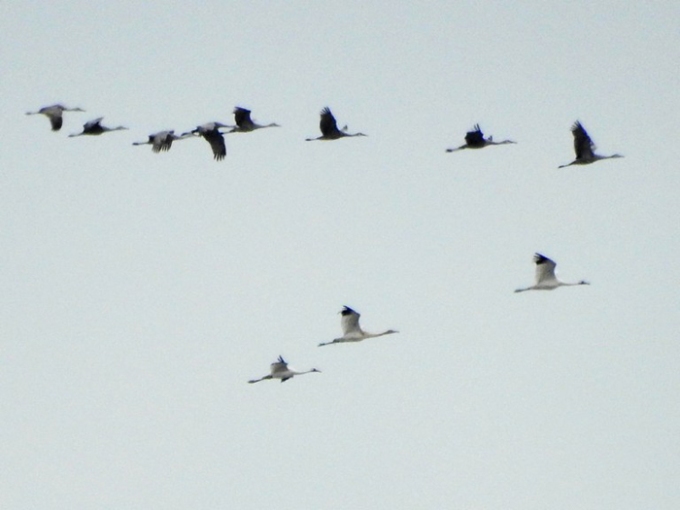 It was a sunny day my mother died. She could have known that when she picked the date just one week earlier. It was September, Indian summer had arrived and covered our days in a warm blanket that caressed our skin softly. Too softly actually. Like the sweetness of the sun, the cheerful chant of the birds and the green wavering grass, it felt almost as an insult to the coldness slipping into our souls.

Could you come home this weekend, my father had asked over the phone. The rest is coming too. And you may tell your boss that you will be absent for a week or two. That was of course a sign. But I hadn’t see it coming.

The doctor will arrive next Friday, at 8pm. I can still see how my mother announced her death, calmly, staring into the flames of the little candles on the table. We were all sitting in the living room, where she always lit the little candles on the table after dinner. She liked the evenings, when we would all sit in the living room watching television or reading a book. I think she liked the evenings more than the days, when she would only have her piano to break the deafening silence of our village. The living room was now her bedroom since a month or two, because she couldn’t climb up the stairs anymore. The monster ALS, as she called it, had needed just a few months to ravage her body. Her limbs were the first to numb. Her tongue followed. It became hard for her to consume liquids, so somewhere in the summer, around the same time as I suddenly found myself pushing the fragile echo of my mother in a wheelchair, she started to drink Baileys. It was weird to see that bottle in our kitchen. I only knew it from student bars, where girls with self-tanned skin drank it.

I had never seen my mother drink anything other than French red wine. That year when I was the last one at home, she drank almost a bottle a day. At 4pm she would come down from her study room, go to the kitchen and poor herself a first glass. Then she would curl up on our old brown couch with a book, which I never saw her read actually. She just seemed to stare into nothing.

We should never have moved to the country, my father said a couple of months ago. We were walking on the beach together, he with his old body still able to run after the dog of his new wife, me filled with that strange kind of melancholia that still catches me every time I come home, a kind of longing for a time I’ve never known. Mum was not happy, I had said. I’ve said that many times before, but my father never wanted to hear it. Until now. Maybe not, he said. But I doubt it was the country that made her so sad. Her sadness seemed bigger than the village she lived in. Older.

My mother had four children, a big house, a loving husband, and that was all she ever wanted. But was it really? Then why, I asked myself as long as I can remember, did her eyes never laugh? Why did she rarely eat? And when she did eat, why did she take such enormous portions and looked guilty?

Your mother had bulimia, my father now admitted. I knew it. My place at the dinner table was right in front of her, and I was repulsed by the way she opened her mouth when she ate, wide open, greedy, as if in a hurry. Mum, I would say, please, why can’t you eat normally, decently? I asked the same about the way she took care of herself, or rather the way she didn’t. She didn’t exercise, refused to go to the dentist, never went to a party or mingled with friends. She was never like the normal mothers. She dressed like someone who doesn’t care, in slouchy sweaters and cheap jeans. Why don’t you buy yourself a nice dress mum, I would ask, or put some make-up on? I didn’t believe she didn’t care. She tried make-up, sometimes, and to dress up for an occasion. Then I saw her in front of the mirror, looking at herself with the same resentment she used to look at me.

Your mother didn’t resent you, my father said. She just found it hard to love you. You didn’t accept her love.

It wasn’t that. It was more that I didn’t believe her love. It didn’t feel like she loved me, it felt like she loved the image of me, or rather the image I could be, if I listened to her more carefully.

Back then I didn’t know why I felt that. Now, being a mother myself, I start to understand why. Loving someone is seeing someone, hearing someone. Nothing more, and nothing less. But my mother wasn’t capable of that. She was trapped behind her own walls. When I look at my daughter, I’m filled with surprise, astonishment even, of that beautiful little creature that’s so funny and so special and so herself. My mother never looked at me like that. Her gaze was closed. Cold. All I ever wanted was to know her, so we could connect. Really connect. But her walls were made of dominance, disapproval, silence, and unbreakable. My mother didn’t want to know me. But most of all, I think, she didn’t want to know herself. And daughters, I know now, have a tendency to be a mirror for your true self.

Soon after my mother’s limbs started to numb, my father replaced our old brown couch by a convertible bed. It was not even an ugly one. When it was folded, it just looked like we had a new couch and like the living room was still a living room, not the room in which my mother was going to die. But in that last week in September, it wasn’t folded anymore. My mother rarely came out of bed, as if she had already begun to die and just waited for that doctor to come and finish it.

I didn’t want to be there when he did, I decided. So on that sunny Friday afternoon, I climbed in the convertible bed. My mother was laying on her side, fragile and thin, and I lay beside her, holding her in my arms like a child. I didn’t know how to say goodbye, so I just held her and told her about this first novel I wanted to write. She listened silently with her eyes closed as I told her the story I had in my head, of a young woman growing into a married life that seems too big for her. She likes it and she loves her husband, but deep inside she’s too insecure to enjoy it. She’s constantly pleasing and pushing away because she doesn’t know how to simply be, it’s like she misses ground under her feet on which to stand just as the woman she is. Finally the man is leaving her. And that, I concluded, will be the premise of the story. Love can be big, but it can never be big enough to fill the gap of non-existent self-esteem. Slowly my mother’s mouth opened, as if her tired spirit found a last sparkle of life. That’s my story, she said.

Those would be her last words.

Out of nowhere, I saw my brothers and my sister coming into the room where my mother was going to die. I noticed my father sitting on the bed too, with my mother’s head in between his legs. And there was our doctor, kneeling beside the bed with a sad smile underneath his moustache. I had always been so fond of that moustache, which was large and brown and curling upwards at both ends, like you would draw when drawing a fairytale grandpa. But now I wanted him and his moustache to just go away and never to return. Death, I learnt, was like a wolf in sheep’s clothing. It could come as a fairytale grandpa, but take your mother anyway. Not tomorrow, not in two hours, not in five minutes. Now. It was too late to escape. So I just held my mother, who bravely gave her hand to the fairytale grandpa. Tears were rolling into his moustache while he was giving my mother the lethal injection. Tears were rolling down my cheeks too, but I didn’t want that, I didn’t want my mother to hear that I was crying, I didn’t want the sound of my tears to be the last sound she would hear. I only wanted to hold her, my both arms around her, I wanted her to know that she was safe, that it was all good, that she and I were good, we wouldn’t have time to talk everything through, but I loved her, I wanted her to know that I loved her, and that I knew she loved me. If only we had some more time. But there she went. I could feel it. I felt how her body shifted in my arms from alive to dead.

A dead body is radically different from a living body. It’s not just a body lying with the eyes closed. It’s like the last breath has sucked all resemblance to life out of it, and with it all resemblance to the person it was. My mother was laid in the living room and she was a different woman. I didn’t recognize her. And the minute I realized that, I understood the ruthlessness of death. It’s not that you’re going to die what’s frightening. It’s not the dying itself. It’s the finality of it. When death comes, this is it. This is your life. There’s nothing more to change, nothing more to add, not a single day, not a single word. You had your chances. My mother never had the chance to look at herself in the mirror and smile, just smile, at the woman she was. And now she would never ever have that chance. Right then and there I promised one thing, to my sweet dead mother, and to my yet to be born daughter. I won’t die before I look at myself in the mirror and like what I see. If you’re watching mum, I’m almost there.

For her funeral, my mother picked one song to play. The rest was for us to choose. Her one song was ‘Those Were The Days’ from Mary Hopkin. And she asked me to read out loud the lyrics in the church. So I did. Those were the days my friend. We thought they never end.